The last decade heralded a generational change in payments driven by innovative technology, growing familiarity with new payment methods and the impacts of a global pandemic.

Cash, with its roots in the 17th Century (and 1659 being recorded as the year of the first drawn note – what we now know as a cheque) would hold its grip as a globally accepted payment option for over three centuries. 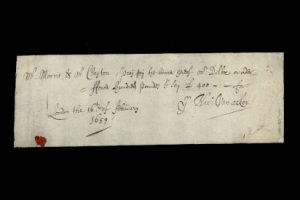 However, consumer preference to pay by card has now become an unconscious consumer reflex at the counter, with the frictionless ease and speed of transactions now fully acknowledged by both consumers and merchants. In many ways, this should be the golden age of card payments as it solidifies its position over cash and cheque.

However, the physical card itself is now becoming more and more out of sight, as digital wallets become more prominent (although still being processed off the card payment rails), along with payment apps.

The accelerated increase in, and adoption of, such cashless payment options over a comparatively short period of time has been relatively seamless and beneficial for consumer and businesses despite experiencing a remarkable sea-change in how we make transactions.

Looking back on the plastic age of cards during the middle of the last century in the U.S.A lends some clues as to what lessons the banking and financial industry learnt as we embrace expedited waves of payment innovation.

The first iteration of credit cards

The first utterance of card payments predates the invention of the car and the arrival of electricity with Edward Bellamy’s utopian novel, Looking Backwards first mentioning credit cards (although their resemblance was closer to debit cards) in 1887.

Fiction would evolve into fact just over four decades later, with the arrival of charge cards in 1928 offering the first real iteration of a credit card. Large scale merchants offered charge cards to their regular or trusted customers. This replacing signatures with stamps, improved back-office operations and saved time and resources.

Charge cards could only be used in the issuing store but the journey towards a revolving credit card reality moved further with the launch of Air Cards in the 1930s, offering passengers a ticket against their credit to receive a fifteen percent discount with participating airlines.

All American airlines would sign up to Air Cards in the 40’s, with almost half their revenue coming from the scheme, as well as making flying more accessible to customers through a structured instalments programme with the cards. 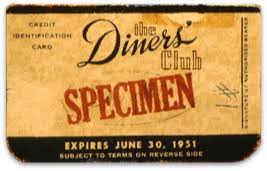 A more generalised charge card concept came to fruition in the early 50’s with Diner Club offering a general purpose card for participating restaurants, allowing for the card’s bill to be settled with each scheduled statement.

Smaller, regional banks would try to launch their own credit cards that could be used at different merchants and stores. However, both consumer and business apprehension to adopt credit card schemes limited progress, along with the limited regional presence of many of these banking institutions meant these efforts never reached a critical mass necessary to expand.

Bank of America, with a strong market presence in California would be the first to achieve this in the late 50s, harnessing its superior market share to encourage enough consumer and business interest in adopting card payments by posting BankAmericards out to 60,000 customers at once. However, this initial breakthrough came with mistakes and a reputational cost.

The bank would replicate this approach nationally, mass-mailing credit cards to customers across the country. This approach was known as “drops” in the financial sector.

Without properly screening potential customers, credit cards were offered to financially vulnerable individuals, as well as minors and people suffering from addictions. Betty Furness, consumer advocate and special advisor to President Johnson at this time, compared it to someone “giving sugar to a diabetic.” It’s estimated 100 million credit cards were “dropped” over a four year period. 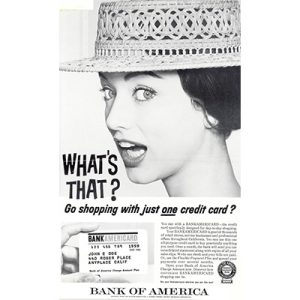 The initial credit card payment process contrasts starkly to the frictionless card transactions customers and merchants experience in today’s world.  The process involved the merchant calling the bank, who then called the credit card company, whose employee manually looked up the customer’s name and credit balance. This did little to encourage initial credit card uptake.

A lack of awareness too around interest rates and repayment costs on credit further dampened consumer appetite as well as credit card credibility.

Paul O’Neil, columnist for Life Magazine, was one of the first journalists to comprehensively shine a light on these issues, as well as the impact of card fraud on unsuspecting bank customers.

Criminals learnt quickly how to exploit credit cards with relative ease given the limited security features and checks at this time and cardholders were inadequately protected from fraud.

O’Neil takes the case of middle-class couple Daniel and Gloria Orlick, whose excitement from receiving a credit card from their local bank turned to anguish with its unnoticed disappearance. Despite holding a credit limit of $400, they received an initial statement of over $550, which would grow over time with the bank and authorities unable to stop the fraudster using their card.

“Statement, meanwhile, followed statement — the last of them for $1,636.02…  The Orlicks stubbornly went on refusing to pay, and First National City, having failed to squeeze the crook’s total expenditures out of them, now calculates that his spending amounted to no more than $963.98 at the time Orlick reported the loss of his card. Plastic society will doubtless go on producing similar victims.”

Regulation, better processes and compliance would shore up confidence and best practice in the card industry in the 1970s, with drops becoming banned with the Unsolicited Credit Card Act and mass credit card mailing became limited to being for only credit card applications, acting as a postal “opt-in” system.

The computerisation of the credit card system made transactions more straightforward and quicker, along with the invention of a magnetic stripe for credit and debit cards by IBM in 1969 and bank associations pressed for means of achieving “instant communication and instant credit verification.”

By the mid-70s, consumer trust in cards improved but scepticism still remained from almost two decades of false starts and industry issues. The introduction of chargebacks through the Fair Credit Billing Act in 1974 (for credit cards) and the Electronic Fund Transfer Act in 1978 (for debit cards), reassured consumers by limiting their liability in the case of fraud and created a process to dispute a purchase.

Card consolidation and growth in the payment market

Credit and debit cards would find their feet in the subsequent decades. BankAmeriCard would rebrand as Visa and Master Charge would become Mastercard. Consumer awareness and continued security developments like chip and pin made it a more secure payment option and would allow card payments to replace cash as payment preference over the past ten years.

A best practice approach has been maintained and continually improved upon with an eye on future payment developments. Cross-industry co-operation ensures procedures are followed to protect consumers and merchants, with the EU’s PSD2 – a comprehensive framework with the goal of making payments within the EU more efficient and secure – offering a tangible example of this commitment.

As the convergence of technologies, connectivity and data enables the next wave of payments, lessons have been learnt from the rocky start they endured in the late 50s, 60s and 70s. The storied legacy of physical cards may be entering a new chapter in the digital era but, now more than ever, they still hold popularity with customers, “holding as a tangible symbol of trust in the modern world.”